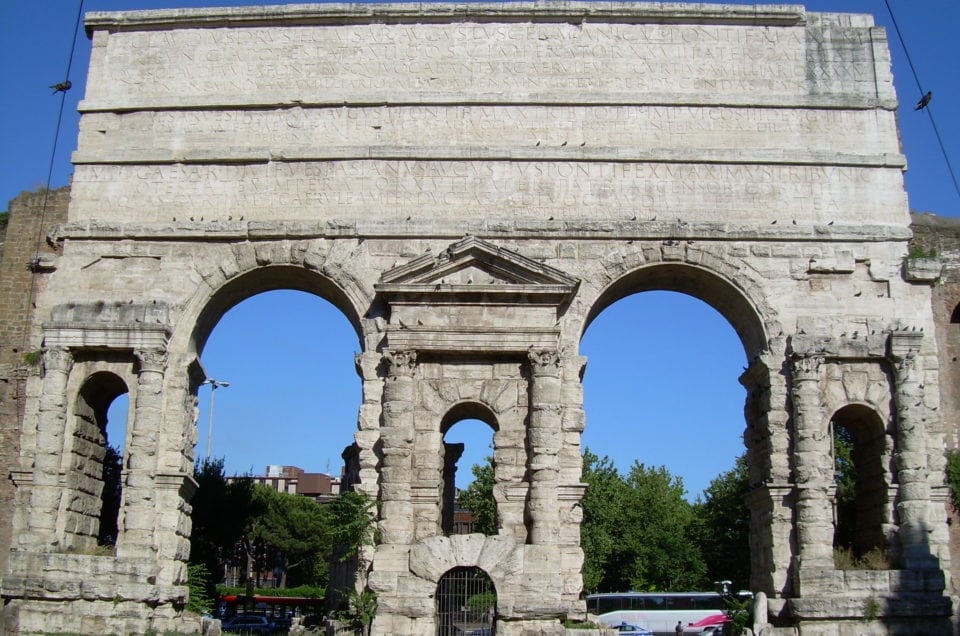 Casilino is the name of one of the areas of the Prenestino – Labicano district, defined by the Gordiani area, Centocelle, Quadraro and Torpignattara. The place take its name thanks to the Via Casilina, an ancient Roman road that with its 200 km linked Rome to Casilinum ( today called Capua ).

Also if it isn’t inserted among the main tourist places of the Capital, the district offers many remains dating back to the Ancient Rome, snugly visible if you choose to stay in one of the hotels of Casilino; the area in fact, that was drained in the IInd century B.C., offers many cues: a must-see is the Basilica di Porta Maggiore, a sanctuary built in the end of the Augusto’s Age and obtained by excavating in the tufabank ( the underground building, presents a great amount of wonderful stuccos, ad is composed by one hall and a large room ), the Porta Maggiore built by the Emperor Claudio in 52 A.D., the remainings of the Mausoleum called “Torrione” (Tower) for its circular shape, and one of the biggest of Rome, with 41 metres of diamater, restored in the XVIIth century.

Another must-to-visit is also the Parco Casilino – Labicano ( its recovery begun in 1994 ): the requalification project, still existing, prefigure the enlargement of the park ( that now is 6 hectares large ), the making of meeting-places for various activities and the conjunction with other green areas of the Prenestina and Casilina zones, to create a “green belt” that goes across the VIth town hall.

In the area, you should visit also Villa Gordiani with its Park: belonged to a rich patrician family, as written in Historia Augusta the Villa had a very large portico with 200 columns, thermal waters considered by ancient fonts as one of the most beautiful of Rome, basilicas. Inside it was then built in the XIIIth century Tor de’ Schiavi.

The Parco Archeologico di Villa Gordiani (Archaeological Park of Villa Gordiani), retrained in the sixties, is so divided in two areas, separated by Via Prenestina: Tor de’ Schiavi and the Mausoleum of Gordiani.

To see, also the Church of San Gerardo della Maiella and the one of Santi Marcellino e Pietro ad Duas Lauros ( with the attached catacombs) and the Mausoleum of Elena.

In the area of Tor Vergata ( that keeps its name by an ancient tower called “vergata” because of built in alternate beams of briks and tufa ) rises also the second University of Rome.

TheUniversità di Roma “Tor Vergata” hosted, in 2000, the fifteenth edition of the World Youth Day. Housed in a large park delimited by the Grande Raccordo Anulare ( the Ring Road of Rome ) and by the Castelli Romani, the university can boast the title of Best Italian Economic School, and second one for School of Medicine ( and much more ).

The University is a part of a plan of area requalification that prefigures also the building of an enormous Città dello Sport ( a Sport City inspired by the Circo Massimo, that will comprise a Sport Palace, a Swimming Palace, gyms, offices, shops, training rooms and a swimming pool in the outside ) and of a new Torre Universitaria (University Tower), a skyscraper 90 metres high ( that will house the new Seat of the Chancellor’s Offices, coffee shop, a large panoramic hall, a large display area and a big underground car parking ) and in front of it there will be two symmetrical swimming pool.