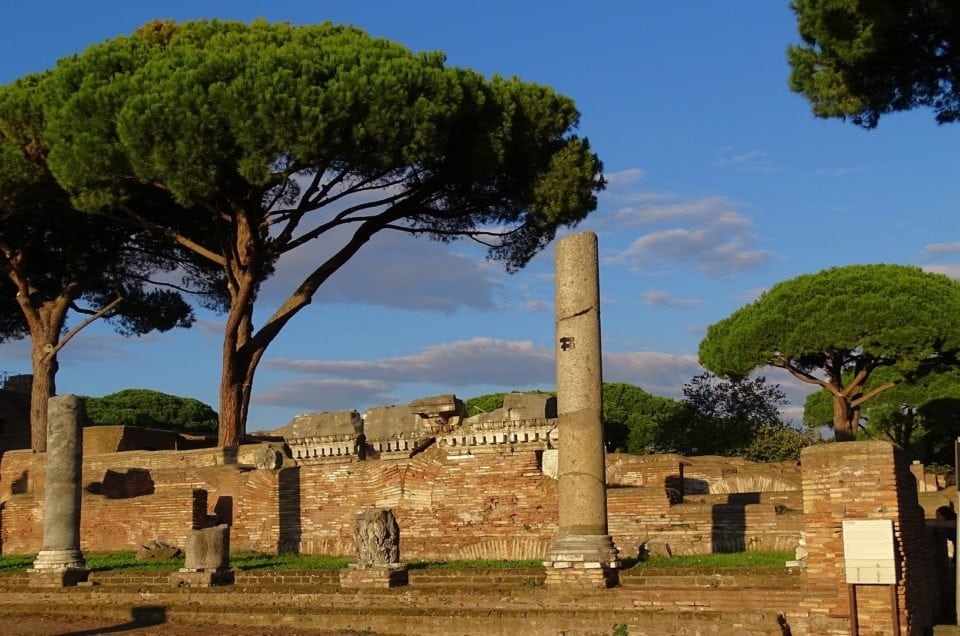 Ostia, the Beach of Rome, is a recently built sea place. Staying in Ostia hotels is it possible to visit surroundings and the old part, Ostia Antica, where still are visible remains of the Ancient Rome,as well as reach quickly Rome, the lot united to the possibility of a refreshing bath in the Mediterranean Sea.

Ostia rises in the end of the XIXth century: before, the same area was occupied by salt mines, it was swampy and infested by malaria and rogues. The land reclamation was done by the Savoia Reign, because of the convinction that for a correct development of Rome, the unhealty environment could affect negatively.

The land reclamation begun in 1884 by Ravena’s Peones, so that still today many roads ( such as Viale dei Romagnoli, Piazza dei Ravennati etc… ) and monuments remind their names. We still have a visible exaple of draining pumps that emptied out swamps in Fosso del Dragoncello Road.

The rising of the quarter is to attribute to the Fascism, that wanted to build the Capital beach. At the beginning Ostia was linked to Rome by railway, then it profited by one of the first Italian highways, the Via del Mare; in 1933 the city was officially called “Lido di Roma” (Rome Beach).

After the new city plan of Rome, a new quarter was created in the south of the City, and was also planned the Via Cristoforo Colombo, operating only from 1949. However, only after 1960, Ostia starts its development on the shores of the sea to the Tiber river outlet, gaining the look of a popular quarter of the Capital, mainly inhabited by fishermen.

Inhabited then by workers and by every kind of people, Ostia became an important hamlet of Rome; however only in seventies / eighties the territory that divided Ostia from Rome was occupied by many detached houses, semi-detached houses and buildings that put an end to its isolation.

Not to be forgotten the wonderful Ostia Antica: placed behind Tiber river outlet, and neighbouring with Acilia Nord, Casal Palocco, Ponte Galeria, Fiumicino and the Lido di Ostia Ponente, it rised on the Tyrrhenian Sea (now it’s 2 km from the sea!) and represented the harbour of the Ancient Rome.

It seem that Ostia Antica was founded in 633 b.C., by the 4th Roman King, Anco Marzio, also if a few of references date it to 330 b.C., as is dated the Castrum (an inhabitad place surrounded by city walls) found.

As the years went by, the colony became a real Roman City, in addition to a very important harbour that received ships charged with wheat, oil and garum (a sauce made with boiled fish entrails, not used now); in the republican period, then, the city was considered as a real emporium of Rome (also elegant houses with roads bordered by columns, sewers and necropolis were built in this period). Two harbours were built, that is the one of Claudio (that turned out to be not very protected and functional) and the one of Traiano: in stores surroundings the harbours, bigger than the Rome stores, were stored up books, candles, papyrus, dresses, building material and food.

Main buildings (restructured many times) still visible today in Ostia Antica are: the Tempio(with a capacity of 4000 pople, and still used for little shows), the necropolis (with graves that could be dated back to the IInd century b.C.), the Terme (Thermal Waters), the Decumano ( and the relative road system), the Piazzale delle Corporazioni, the Curia and the Capitolium, the Insulae, the Tempio di Ercole (Temple of Hercules) and the Sinagoga.

Today Ostia Antica, Ostia and its Lido (Beach) are legitimately important and known tourist places: many hotels of Ostia, what’s more, give you the possibility to stay in the area, very near to Fiumicino and its airport, and to enjoy of free beaches and magic atmospheares, so near to the Italian Capital.