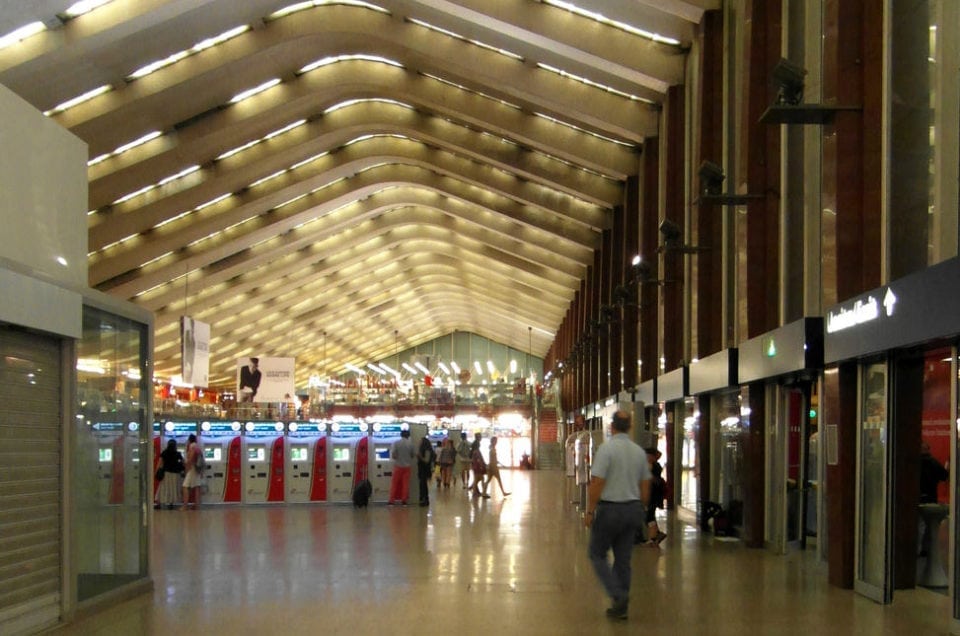 The actual structure of the train Termini Station in Rome was inaugurated in the occasion of the Saint year of 1950 and constitutes the old edifice in wood of 1867 projected by Salvatore Bianchi.

The works concerned the area on the hill of Esquilino, close to the Terms of Diocleziano and from which probably the train station takes its name. The firm of the projects of the years ’30 is due to the architect Angelo Mazzoni, while the actual complex was defined after the war on the design of the architects Montuori and Vitellozzi.

The resulting structure of the train Termini Station is one of the most significant buildings of the modern Rome, essentially characterized by the contrast between the long rectilinear prospective of the edifices recovered of travertine and the curved form of the frontal gableboard.